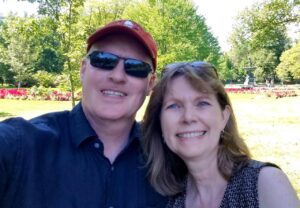 John Brady owns Standard of New England with his wife, Julie. He started the business in 1996 when the opportunity to purchase a failing company and turn it around presented itself. First learning about piping systems on board U.S. Coast Guard Cutters, and then at a very well-respected supplier in the Boston area, John jumped into his new business ready to learn and grow. He enjoys sharing what he has learned over the years with engineering teams, estimators, maintenance managers, pipe fitters, procurement departments, and project managers across a wide range of industries in need of complex, high-energy piping systems. Born in Boston, John now lives in the beautiful Seacoast region of New Hampshire with Julie and their three dogs: Rosalie, Emma, and Jasmine. 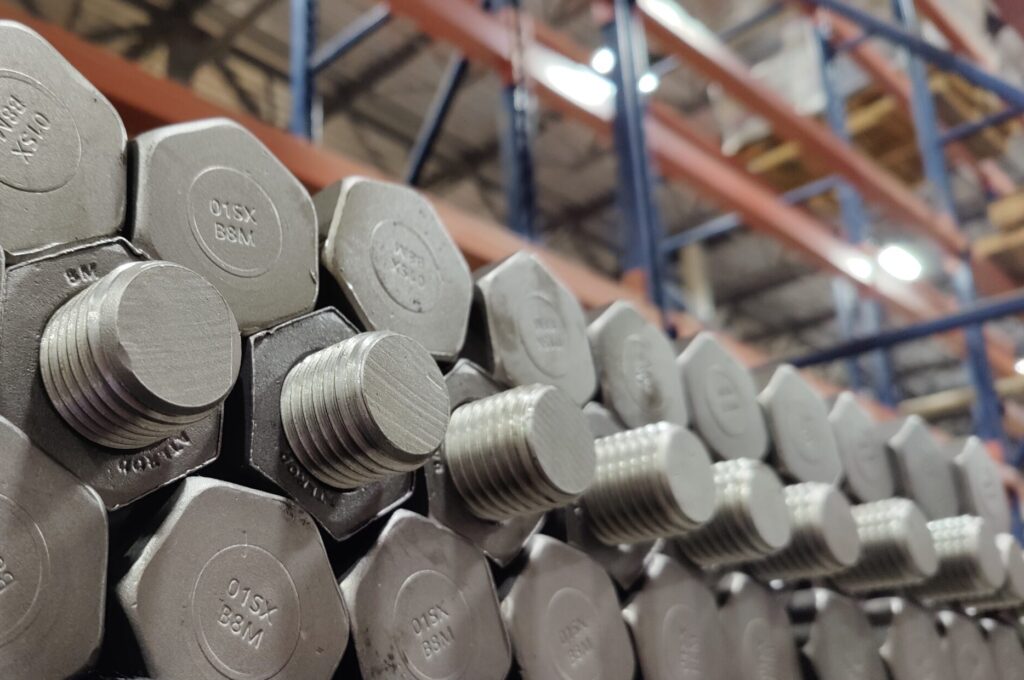 Most of us don’t stop to think very long about the threads on bolts and studs.  But like all the component parts in your piping system, they are also contributing to the overall integrity and safety of your system.  Let’s look at bolt and stud threads, and why thread protrusion and thread engagement are two keys to keeping your system safe.

ASME B1.1 (Unified Inch Screw Threads) states that the last effective thread of an externally threaded fastener occurs about three threads from the end of the bolt or stud.  So, a stud or bolt is not effectively joined with the nut until the stud or bolt extends at least three or more threads beyond the end of the nut.

ASME B31.1 (Power Piping) states that all bolts shall be engaged so that there is visible evidence of complete threading through the nut or threaded attachment.

ASME B31.3 (Process Piping) states that bolts should extend completely through their nuts.  Any which fail to do so are not considered acceptably engaged if the lack of complete engagement is not more than one thread. This standard forces you to look at the end of each nut and determine that there is not more than one nut thread open.

From the references above, we can see that thread protrusion and engagement criteria differ slightly depending upon the system application. When it’s time to inspect your system, watching for thread protrusion and engagement can be challenging. Quite often these systems are difficult to access.  You may only be able to see them from a nearby platform.  You’ll find that it is almost impossible to determine whether a flange is completely and properly engaged unless you can view the studs protruding through all the nuts on each side of the flange joint.  So, stud bolt protrusion is a way of visually determining proper bolt-up without peering into the end of each nut.  Many experienced pipe fitters see the value of this method of inspection and have adopted it.

ASME B16.5 (Pipe Flanges) has a set of tables prescribing recommended lengths for studs and bolts of various classes.  The table calculations are a summation of all the variables in a flanged joint: thickness, height of raised faces, gasket thickness and thickness of nuts.  The added lengths for end points are mentioned, but not included in the total stud length shown in the tables.  End points are the little bit where the threads are not yet fully cut.

Lots of people don’t think about the end points of the studs.  The end point (visible in the photo below) is the unthreaded part that generally protrudes beyond the nut. So, if the studs are ordered exactly in accordance with the table, they can end up with studs with no thread projection beyond the nuts.  The Standard of New England Stud & Bolt Chart is a good reference.

A Note About Using Threaded Rod

As you do your own research, you’ll find various interpretations regarding using threaded rod for studs/bolts.  One of the issues with installing sheared threaded rod cut to usable stud lengths is that you have no identifiable markings on the studs except for the one end of the rod.  If your piping system is constructed to an ASME standard this should not be allowed.

In summary, design engineers, suppliers, installers, and contractors all need to possess the conviction of keeping our systems safe and remembering to pay attention to thread protrusion and thread engagement is a small detail that adds to the integrity and safety of our piping systems.

What is Domestic Material?

Everyone, it seems, is talking about buying domestic. It’s a common request from our customers. But what does it really mean? Working 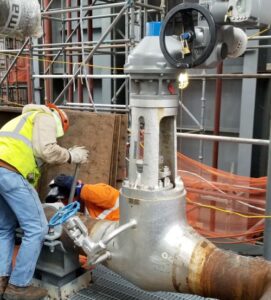 Obtaining reliable flow control in industrial applications is challenging. One solution to consider is the gate valve. Gate valves control flow with

ball valve classifications The popular quarter-turn ball valve deserves a deep dive. It has a variety of features that can expand its

Standard of New England is an independent wholesale distributor, in operation since 1996. We are small enough to be responsive to our customers’ needs and big enough to deliver what our customers want when they want it.  Our specialty is in industrial piping products, but we can also provide much more.  We are proud to have local, national, and international customers who come back to us time and time again because of our industrial knowledge and personal customer service.